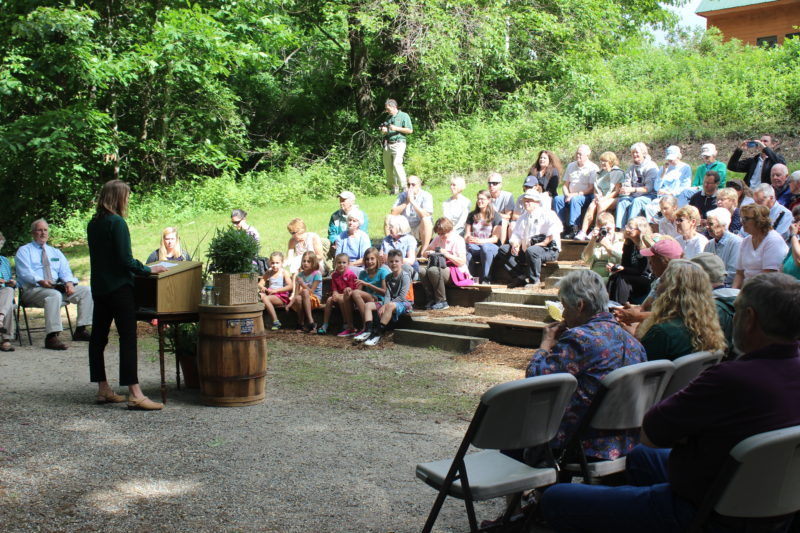 A Brief History of the Estuary, Reserve, Trust and Stewards …

November 27, 1973  Spokesman for the Olympic Oil Company announces its intention to build in Durham the largest oil refinery ever started from scratch anywhere in the world

March 6, 1974  Ninety percent of Durham residents vote at Town Meeting against the refinery

1992  Boardwalk construction at the Discovery Center

June 2, 1994  First official public event held at the Sandy Point Discovery Center, which was then still under construction

March 1995  First meeting held at Sandy Point to discussing forming a support group, following concern that the state was not providing financial support for the Reserve

August 18, 1995  First meeting held to vote on the recommendations of the steering committee and to officially start the process of becoming a non-profit corporation

May 28, 1996  Joint meeting of the Trust and Stewards – “Much animated discussion closed the meeting”

May 10, 1997  Great Bay Trustees and Great Bay Stewards vote to merge “By joining with the Stewards we can continue, with renewed energy and commitment, our efforts in protecting and preserving our valuable natural resources,” wrote Richard Langan, president of the GBESCT

1998  Trustees join Vice President Al Gore on the banks of the Oyster River to announce $1.6 million restoration and protection plan toward protecting estuaries and reopening clam and oyster beds

October 2, 1999  Great Bay 5K is launched as part of the 10-year anniversary celebration of the Reserve (the “Great Bay Fest”)

2002  Plans for “the Barn” for use in education programs begin

2002  The Gundalow Company is formed; the Stewards begin developing projects with them

Fall 2002  The wigwam is constructed

2019 30th  Anniversary of GBNERR; Time Capsule unearthed with the help of Greenland students and buried again in front of GBDC

December 2020 – 2021 Free Grab & Go educational kits put out weekly during the pandemic, with support from the Stewards