Reflections on the Bay with Jack Mettee 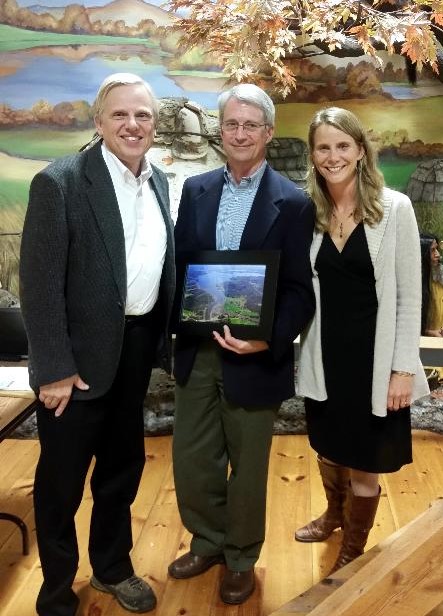 Jack Mettee was a Stewards member from the organization’s inception through the fall of October 2014, although he can still be found directing traffic at the Great Bay 5K! A Dover resident, he “sat down” (virtually) on the occasion of the 25th anniversary of our nonprofit designation to discuss his memories of the Great Bay Stewards.

How did you get involved with the Great Bay Stewards?

I got involved with the Stewards upon its formation as a member of its predecessor organization, the Great Bay Trust.  That group had formed as a sort of bay watch dog after the proposed Onassis oil refinery back in the ’70’s. I also had a professional interest in the Bay and N.H. coastal area as director of the N.H. Coastal Program (78-80) which was then housed in the N.H. Office of State Planning in Concord.

Did you also have a connection with the Reserve?

While I was with the NH Coastal Program, we (NHCP) began discussions with NOAA about establishing a Great Bay Reserve. We had a bunch of NOAA staff take a tour of the Bay on the Jere Chase to make the case for establishing a Reserve.  We began to lay the groundwork for the Reserve, but I left the state program at that point.

What is a favorite memory you have of working with the Stewards?

I am not sure if I have a favorite memory but a couple stand out. The first one was shortly after we had achieved Reserve status.  Peter Wellenberger got a bunch of us to volunteer one spring weekend to work on the original house and grounds at Sandy Point, used as the original offices. It was such an exhilarating feeling to know that we were at the ground level of making something great happen—no money to throw around, just a lot of hard volunteer work.  Of course, it wasn’t long before the house was demolished and grounds landscaped, but great things did happen.

The second one was the night I received the Evelyn Browne Award at the annual meeting in 2014.  Not because I got it, but because the staff—mostly Kelle [Loughlin] and Peter—were so good at covering it up until I got the award which, of course, I had no idea I would get it and not sure I deserved it. I was completely surprised and pretty much tongue-tied when I was expected to say something.  But in retrospect, it made me feel pretty good that those two outstanding staff felt I had given a few worthy volunteer hours to the Reserve.

What is your proudest accomplishment?

I don’t think I have one of these. It was never about one person with the Stewards.  There are many proud accomplishments for this group and the Great Bay Reserve staff.

What would you say to someone who is thinking of getting involved with the Stewards?

PLEASE JOIN. The Stewards represents just some really fantastic, committed people, doing great work to help protect and a manage such a unique and valuable resource. They are fun to work with. And you can get as involved as your time allows.

How did you benefit from your involvement with the Stewards?

Mostly the personal satisfaction that you were part of a group that that was bright and energetic and never lost its focus on the mission and vision for the Reserve.