Reflections on the Bay with Peter Wellenberger 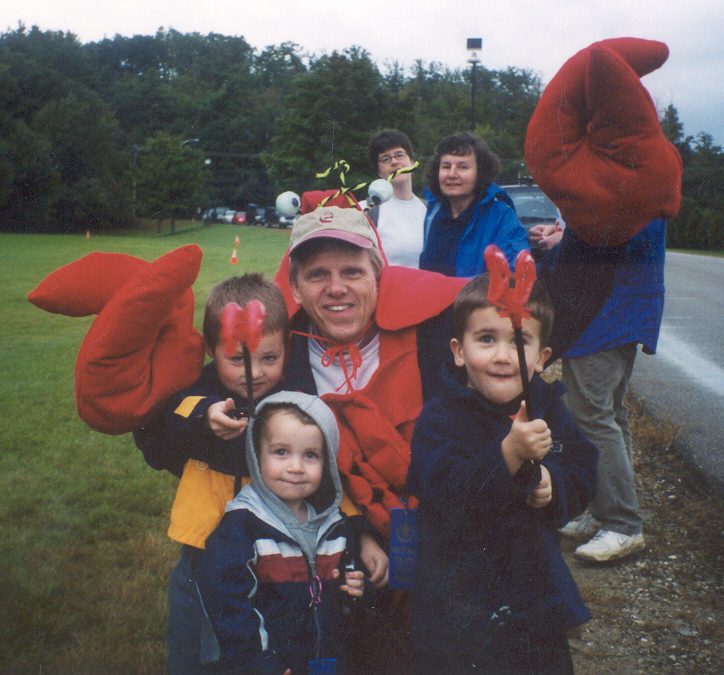 “The closest I ever came to appearing on the Today Show was exactly 25 years ago. The event was an open hearing in the University’s Lundholm Gym on the Aristotle Onassis oil refinery project for Durham Point,” wrote Peter Wellenberger in the Fall 1999 edition of Great Bay Matters, on the 10th anniversary of the Reserve’s designation.

“At the time, I was an undergraduate student at the University of New Hampshire,” he wrote. “The previous year I had taken a Great Bay field ecology course under the tutelage of Evelyn Brown and experienced for the first time the rich resources of the estuary. It was through Evelyn that I learned of Governor Mel Thompson’s deal with Onassis to build the world’s largest oil refinery in Crommet Creek. I quickly joined the effort in helping Durham residents defeat this ill-conceived project. During the live broadcast of the Today Show from UNH, I was seen standing on line reading to ask questions of the Onassis engineers.”

Today, Peter expresses skepticism that the refinery ever could have been built, given the tidal changes and salt water in Great Bay. However, he credits Onassis’ plans for being the catalyst to change attitudes about the estuary, motivating Brown and others, and leading to the formation of the Great Bay Trust and the designation of the Great Bay National Estuarine Research Reserve.

Peter went on to write the newsletter for the Trust for several years in the late 1980s. “That’s how I learned about the effort to designate Great Bay,” he says. “I went to the designation, which was at Evelyn Brown’s house,” he says. “Judd Gregg was governor at the time and there at the designation.” While the Reserve started out with one vehicle and the purchase of the property on which the Discovery Center now stands, by the summer of 1990 Peter had been hired as the first manager of the Reserve.

“The first thing we did was cut for the boardwalk,” he says. “We had about 50 volunteers and I think 46 of them got poison ivy.”  A house was still on the property but not in usable condition. “The Greenland and Portsmouth fire departments burned it as a training exercise, which was wicked cool,” he says. From there came the hiring of the first education coordinator, followed by the construction of the Discovery Center.

Peter remembers holding a bagels breakfast in the downstairs of the Discovery Center, which at the time was just an open space, to launch the Stewards and put together their first bylaws. “I got a bunch of neighbors, so it skewed more toward this side of the Bay” – an issue resolved when the Trust and Stewards merged a few years later.

And after leaving the Reserve to work in another position, Peter couldn’t stay away. In the summer of 2013 he was the first part-time executive director hired by the Great Bay Stewards, a position he held for four years. “I am so fortunate to have worked with all of the dedicated staff, board members, and volunteers whose mission is to protect the Great Bay estuary,” he says. Great Bay is just as fortunate to have had a friend in Peter.