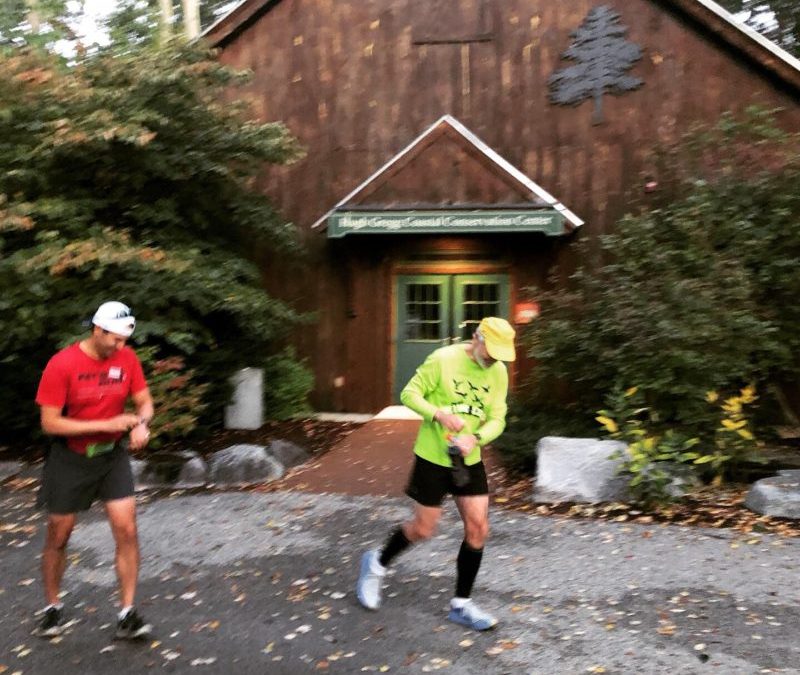 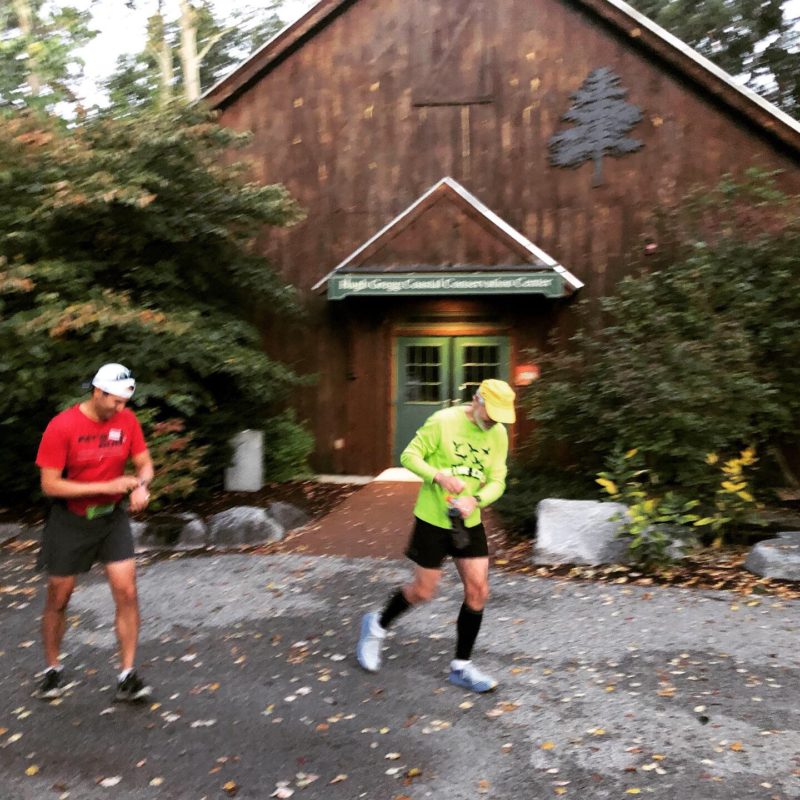 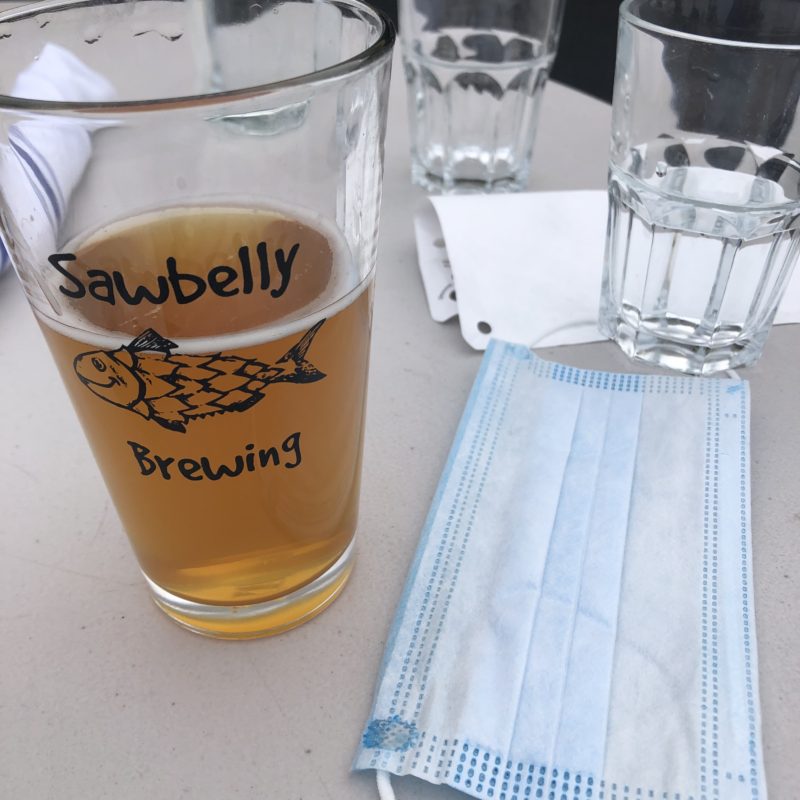 Enjoying a beer from one of our awesome brewery sponsors at the end of the race!

How it started: on a slightly chilly but beautiful early morning the first day of October, Reserve Manager Cory Riley and I were there to cheer on Race Director Bob Kennedy and Research Coordinator Chris Peters on as they began their 55 kilometer loop around Great Bay. We’d see them again in the early afternoon as they finished the inaugural Great Bay 55K Challenge, tired but still speaking and smiling, ready for a beer.

Cory, for her part, had already run six miles that morning, from the Fish and Game property at Glenn’s Cove to the boat launch at the Center. She was part of a push by Reserve staff to complete the entire distance as a group effort on the first day of the event. Along the way, they met up with Chris and Bob, providing them McDonald’s and taking silly selfies at scenic overlooks and at Newick’s Lobster House. And while we all waited for Chris and Bob to arrive at the end of their race, we ran into rock star volunteer Molly Dennett, who was just returning from an out and back walk to the Community Wildlife Garden at Chapman’s Landing as part of her plan to complete the 55K over the course of October.

These have been challenging days for all of us, hunkering down and missing our coworkers, friends, and families. However, an idea born out of the Great Bay 5K | Race for a Healthy Estuary meeting where we decided to go virtual turned out to be a bright spot for all who participated. The brainchild of Reserve Education Coordinator Kelle Loughlin, the goal of the 55K Challenge was to give participants a chance to see and learn about the many amazing spots around the Bay, from hiking trails to fish ladders to historical landmarks.

Racers sent us photos of themselves along the way. Reserve Stewardship Coordinator Rachel Stevens missed the first day, but made up for it “the stewardship way,” doing a scenic route section of the Great Bay 55K at Adams Point, completing just 2.36 miles but tackling invasive plants as she went. Development Coordinator Lauren Saltman clocked nearly 90 miles over 24 days and placed 18th in total mileage completed. I walked my dog in endless loops around my neighborhood, with my family or neighbors and adding side trips to walk the Discovery Center boardwalk, inching over the finish line on October 24th with just over 55 kilometers.

All told, 134 people participated in the 55K, and nearly 350 did the Great Bay 5K, 55K, or both. The first female to finish the 55K was prominent area runner Sinthy Kounlasa, while 70-year-old Bill Cotter came in first in the men’s side. Jan Brooks logged the most miles for a female at 187.12 miles (or 5.49 times around the 55K course); the male with the most mileage was Gregory Hawrylciw, at 211 miles or 6.19 times around the 55K course!  Previous Race Director and well-known racewalker Jay Diener came in second in the male mileage category, with 158 miles.

And the day we would have held the Great Bay 5K in person, October 24, opened bright and blue. I did the actual course with a few neighbors; on Portsmouth Avenue the many honking horns we received turned out to be the departing team from Runners’ Alley, who had headed out right at 8 a.m. (and clocked much faster times than we did!).  Along the way we saw Reserve staff member Beth Heckman on the move with a group of friends, and ran into more runners and walkers on the Discovery Center grounds.

And how it ended? On another chilly but sunny day in October, I sat outside at Sawbelly Brewing with my family, enjoying my complimentary beer (a yummy Saison of the Witch, for the record) and a delicious lunch under heat lamps while a guitarist played in the background. We hope you, too, got to enjoy the 55K – or will check out some of the great spots along the way – and continue to support our brewery and oyster partners – and we hope to see you next year!